Disclaimer: The information on this page has not been checked by an independent body. Use this information at your own risk.

When coupling pipes and attaching pipes to components screwed fittings are often used as opposed to compression couplings, soldered or welded connections.   Historically in the UK, and throughout Europe, British Standard Pipe Threads (BSP)have been used. These threads are still widely used but the threads are generally no longer identified as BSP threads .

BS 21 is still (2007) relevant for taper ext. /taper int. threads which are used for pressure tight joints (until BS 10226-2 is issued) and for longscrew threads.  Longscrew threads are parallel threads used as longscrew connectors as specified in BS 1387 .   Using these components pressure tight joints are made my using soft annulus seals between a backnut and a connector face.

There are many other types of tap available, such as interrupted thread, series, tandem etc, but these are normally for special applications. We would advise you on enquiry should you require anything other than the standard forms listed here.

This standard "Pipe threads where pressure-tight joints are *not* made on the threads." are whitworth form threads for parallel fastening threads that are generally used for fastenings purposes in the mechanical assembly of fittings including valves, accessories etc.  Pressure tight joints are not made on the threads but may be made by using the threads to compress together surfaces onto seals.  The crests of the basic web form may be truncated, within the limits in the last two columns of the table below, except when they are likely to be used in conjunction with an external taper thread conforming to BS EN 10226.  When the thread forms are not truncated they are identical to the threads in BS EN ISO 0228:

Pipe threads where pressure tight joints are made on the threads. Taper external threads and parallel internal threads.

Specification for pipe threads for tubes and fittings where pressure-tight joints are made on the threads (metric dimensions).

This standard is currently only relevant to pressure tight joint between taper internal and taper external threads and longscrew threads.

The parallel external threads on a longscrew thread shall be formed such that connectors and backnuts with threads formed in accordance with the tables above shall run on the longscrew threads with not perceptible shake...   The sizes for longscrew threads are provided in the table above for under the heading BS 10228. 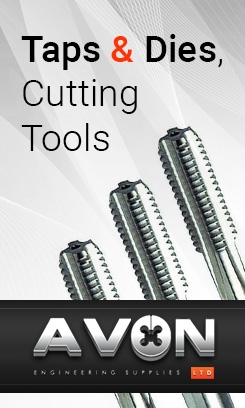